I’m looking at this option to EFI model airplane engines in the single to dual cyl configuration will this system work with 2 stork engines? How compact will the wiring and ECU be and will the throttle accept pwm servo signal input?

The short answer is yes, but I think we’re a while off from officially supporting 2-strokes. Here’s a more in-depth answer:

Will nanoEFI work with 2-stroke engines? Ask Anything

I have a question regarding viability of this kit on a small 2 stroke engine. I have a modded ~62cc moped. It currently uses a 16mm carb and and has an estimated 5HP at the crank. Now my question is how difficult would be to adapt such kit on an engine like this ? I’m especially interested in how much power does a system like this draws and if it can even run in 2 stroke mode. Would be very interesting to see, since small 2 strokes are pretty much exclusively carburated.

Will nanoEFI work with 2-stroke engines? Ask Anything

Welcome @hojnikb! My first dirtbike was a 125cc dual sport smoker. Lots of fond memories. It’s been a while, so I’m speaking generally. But there’s nothing really stopping the ECU from handling 2-stroke operation right now. There is no distinct 2-stroke mode yet. However, as a quick hack I could remove a couple lines of code to force it to run on a 360° event scale instead of 720°. Not sure how well it would run without additional coding to handle specifics, but the ECU itself is perfe…

How compact will the wiring and ECU be and will the throttle accept pwm servo signal input? 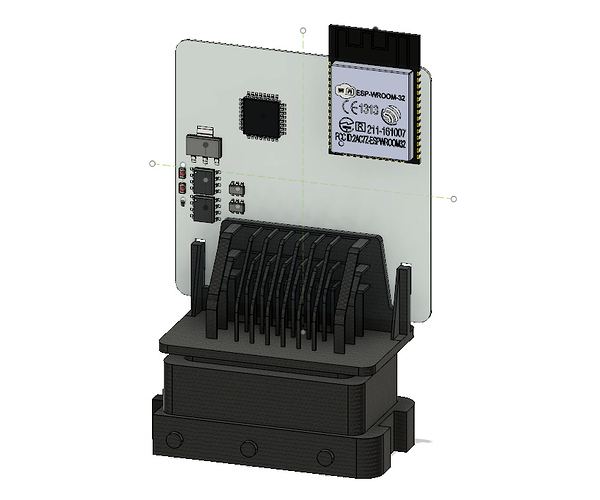 I intend to keep iterating on size. There’s significant interest in the commercial UAV space. Some notable manufacturers have contacted me already. Eventually, I see a need for “NanoEFI Lite” which is more specifically tailored to UAV aircraft and other extremely small bore applications.

As far as the harness, we can come up with something appropriate. I want to stay away from making dozens of harness versions in-house. With that said, a “universal” harness layout for UAVs in general would be doable.

Any chance of this layout being available with a 90 degree connector? Just comparing to the competition, this would make it roughly half the size of the microsquirt, but with the cables going off at a different angle.
Not sure it’s necessary, but i suspect the question will come up.