I’d love the opportunity to be on the Beta list. I work full-time as a firefighter paramedic (which gives me a lot of days off to wrench on my bike) and have a bachelor’s of science in Fire Safety and Engineering Technology. I currently ride a 1995 DR250se and live at 9300’. In the summers I often ride up to 14000’ and back down to 9000’ several times per day.

I recently completed a RM125 fork swap, where I turned a bench top buffer into a lathe so I could cut down the diameter of the RMs steering stem allowing me to retain the DRs stock bearings. 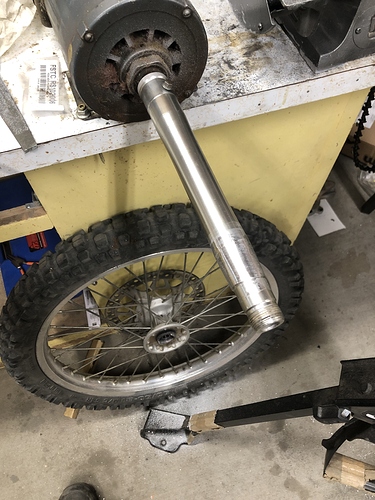 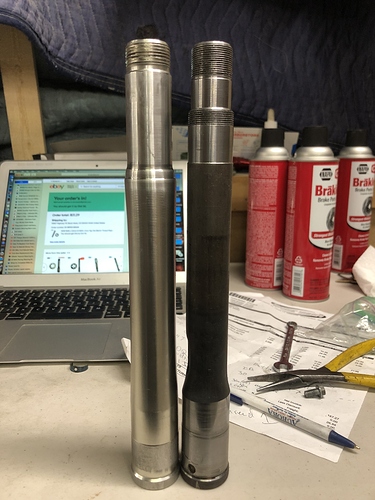 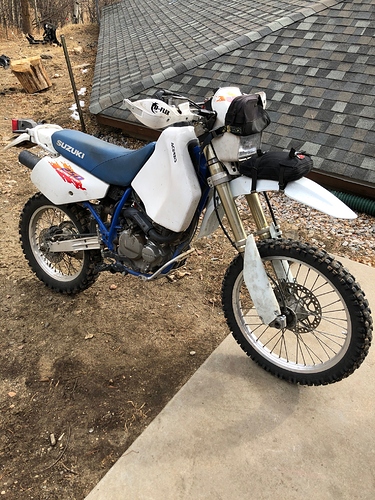 Yesterday I purchased a 1998 DR350 (kick start only), in the coming weeks Ill be adding a 440 kit to the top end (with an oil cooler), putting the DR350 transmission in the DR250se case and adding a kick start. The powertrain will stay in the DR250se frame. Generally speaking once I get my hands on something I can figure out how it works.

Aside from the bike other hobbies include welding. I have a mig welder, various grinders, and garage full of tools.

@MoldyChumer welcome to the foru s.
I have much respect for emergency services personell and military services, regardless of what country you reside in.

Nice work on the bike, have a look around the forums, there are some interesting projects on the go, all awaiting nEfi.

I recently completed a RM125 fork swap, where I turned a bench top buffer into a lathe so I could cut down the diameter of the RMs steering stem allowing me to retain the DRs stock bearings.

How’d you setup your x-axis and tool holding?

Thank you! Ill defiently be looking around!

The buffer shank is round with a flat side with a wider brass portion near the motor. Both stems are hollow, the RM stem was almost wide enough to slip over the shank. 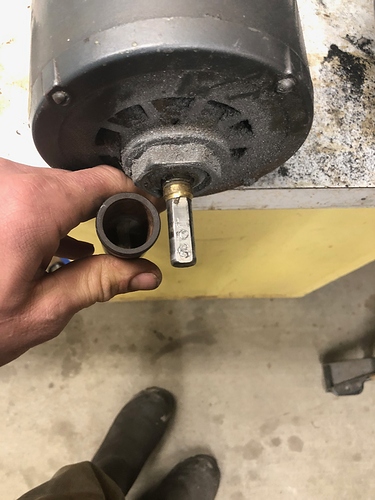 The steel DR stem had a partially drilled hole in it from the factory where they set a pin in the bottom triple and stem (I think it was to aid with steering lock strength). Since the DR stem had a hole partially drilled through it I figured why not give it a try with the RM stem, I then tapped threads in the hole and used a bolt to secure it to the flat portion on the buffer shank.

Far as tool holding goes I used a wide chisel in an unconventional way. The buffer rotates clockwise, so i sat on a tall stool and held it like this.

I periodically checked with a flat file to ensure I was cutting it down evenly. 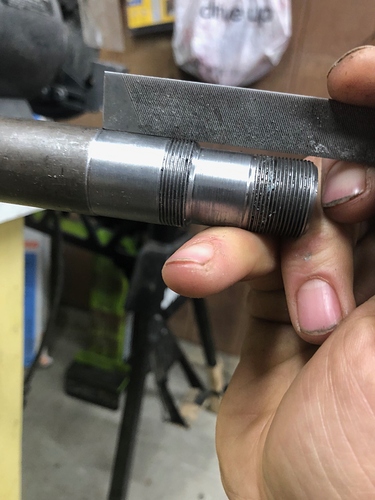 The DR has a smaller ID bearing which fits perfectly in the RMs top triple hole. Its the area below the lower threads on the steel stem. 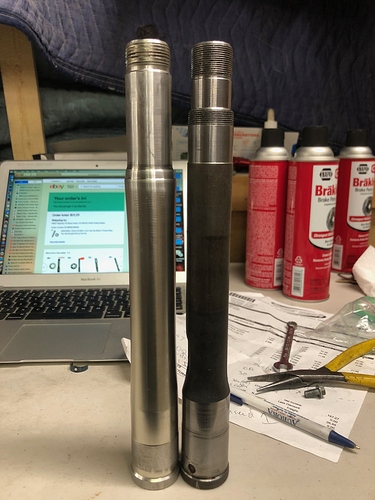 I ordered a gigantic die off eBay M25x1 so I could use the DRs castle nut. The only problem was the die was way to big for the die holding tool. So I used a Jawhorse to hold the die and the die holding tool to hold the RM stem. The die holder tool jam bolts are the same thread as the hole that I tapped into the stem. The only problem is they’re pointed for dies. I replaced them with normal bolts that are flat on the end. I screwed the center bolt into the RM stem and used the other two as jam bolts. 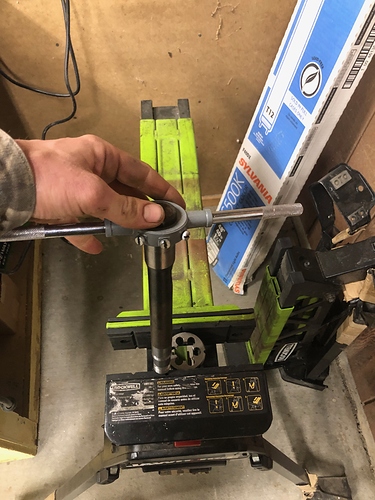 I also made a castle nut socket out of a 1" impact socket so I could torque down the nut during reassembly. I used a angle grinder with a cutting wheel and grinding wheel, not pretty but it worked flawlessly. Here it is pictured with the RM nut, you’ll get the idea. 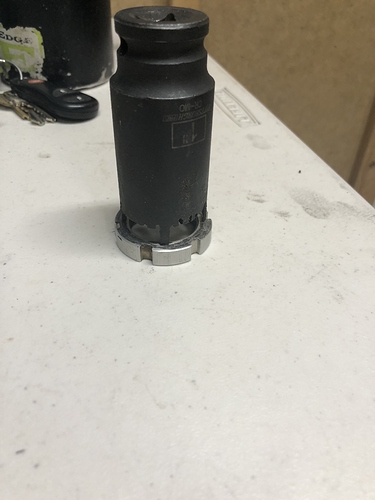 I also had to machine down the RMs axle spacers to get the DRs wheel center. 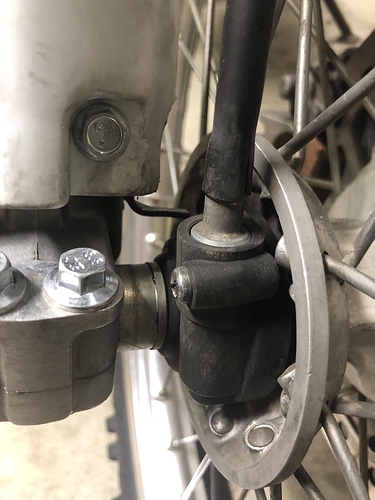 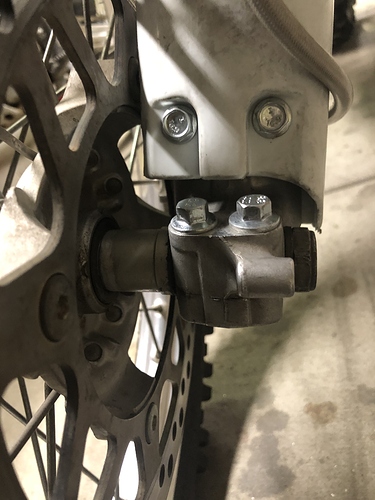 Both bikes have different axle diameters. I swapped hub bearings and made a new hub spacer (I used copper pipe). I used the DRs speedometer gasket in a DRZ speedometer, and repurposed one of the DRs brake like holders into a boss for the speedometer. Its mounted behind the fork guard. You can see it behind the speedometer. 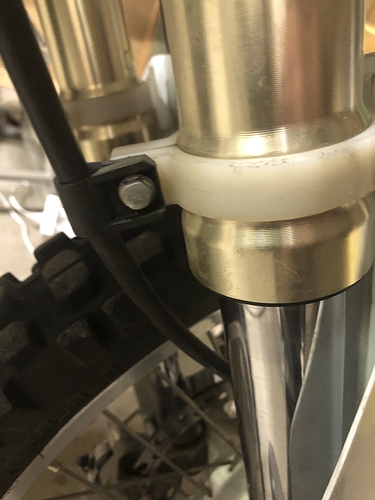 For the new fender I made a speed cable mount out of fencing wire. 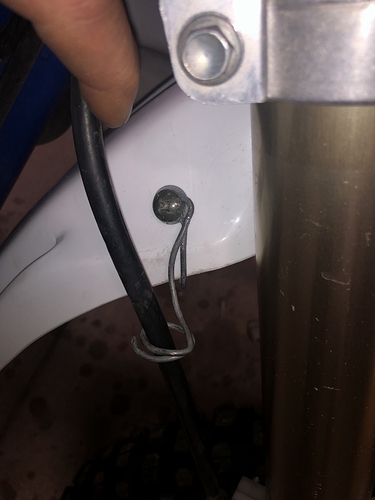 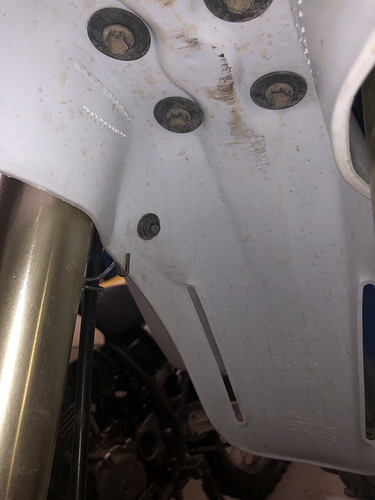 I modified the stock headlight bracket cutting off the old fork tube hole. I wrapped the RM forks with a old rim liner and used hose clamps. 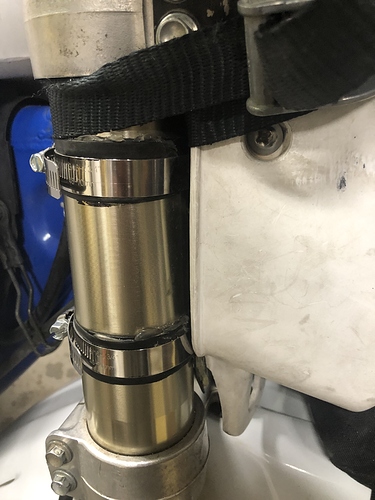 I cut the tachometer mount off the DRs top triple and had them welded onto the RMs triple. 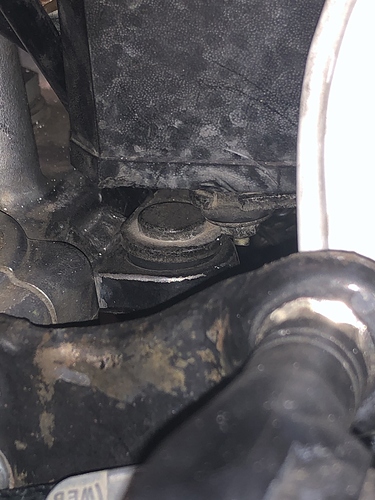 I also had them weld aluminum stock onto the front of the RMs lower triple. I tapped treads into this so I could mount the bottom of the head light. 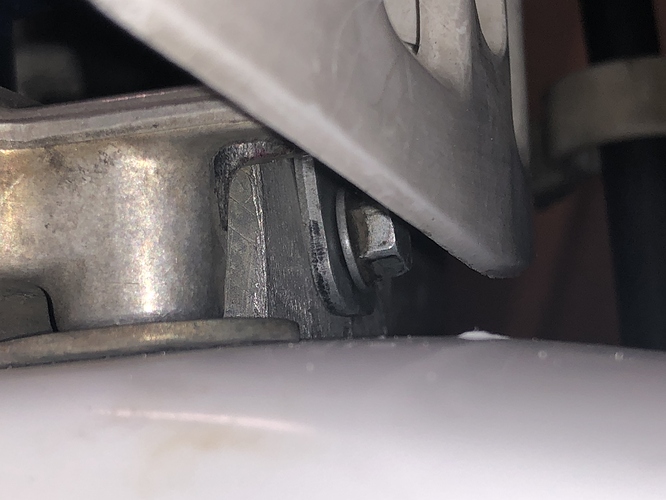 A tig will be in my near future, preferably a Miller Dynasty. The old mig isn’t cutting it any more… Or should I say welding it anymore.

Heres a pic of the tachometer mounted to the RMs triple. Pretty dang close to stock! 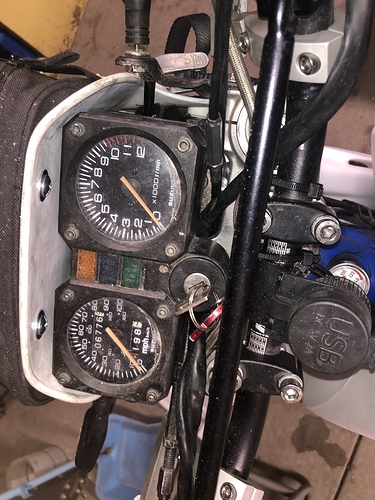 Heres a picture of the bike in spring 2020, after sitting under my dads pole barn since 2006… Arizona dry rot at its best! 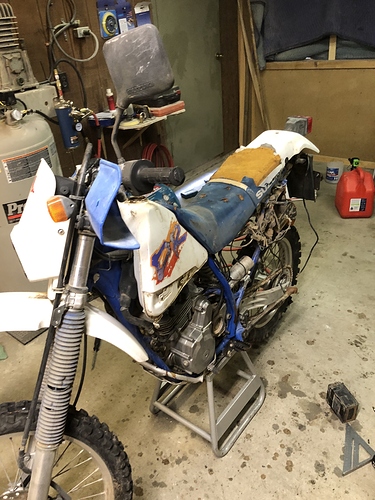 I did all of the work my self. Replaced all of the bearings throughout the whole bike, rebuilt the rear suspension including Race Tach valving, seat cover, all of the brake components (they were all seized up). Here it was before the fork swap. 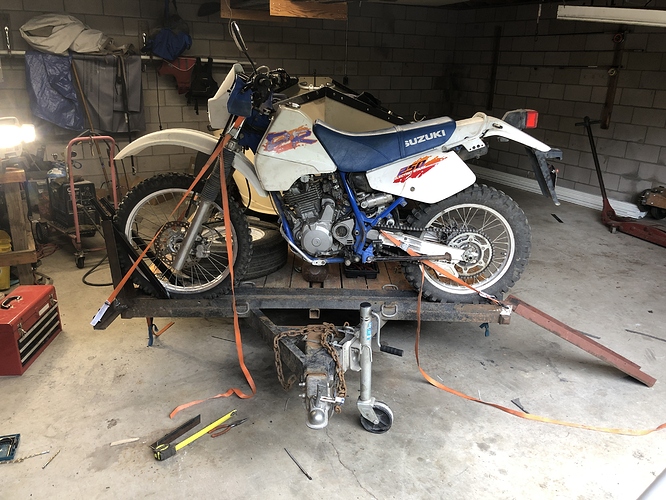 After the fork swap. Oh and I rebuilt the RM forks too, including heavier RT springs. 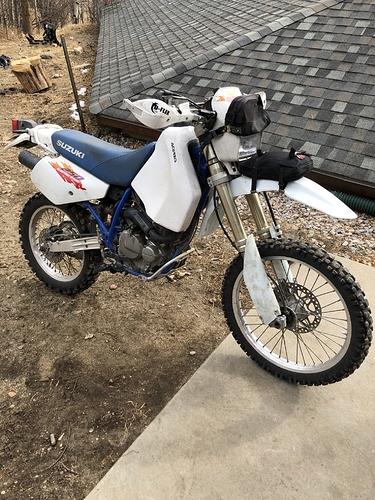 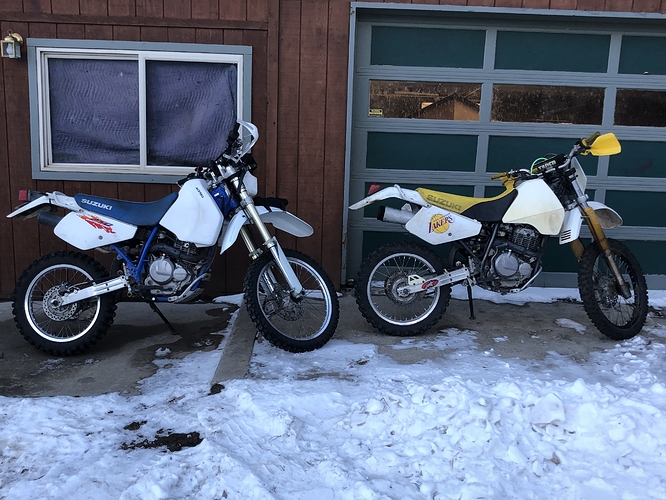 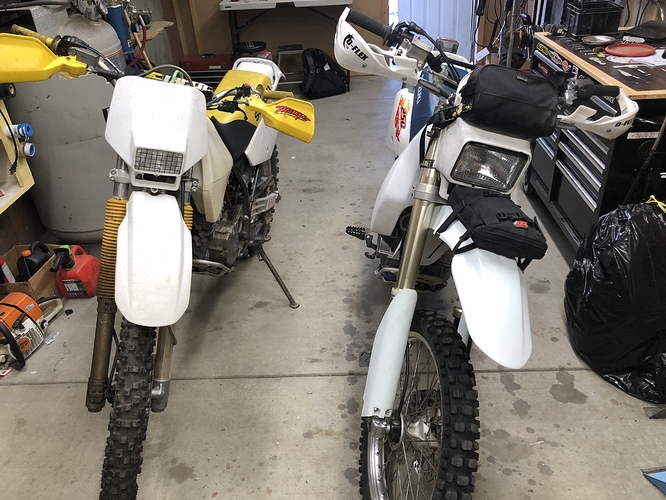