I am in the process of turbocharging my 1978 GS750E. It’s an air cooled 4 cylinder bike. I was going to use the stock carbs in a blow-through setup, but that would make things very complicated. My goal was to convert it to throttle body fuel injection, and it looked like the Microsquirt was going to be the only option small enough until I came across the NanoEFI. I would love to be a beta tester and see if it would be possible to use it on a turbocharged engine.

Welcome to the forum @obartsh27!

I think turbo-charging a GS750E would be a dang good time. I’m not sure where @TravisNano has nanoEFI in terms of being able to support forced induction, but I’m sure it will be possible in the future for sure.
In the mean time, the biggest hurdle for applicability is that you’ll need some sort of basic work-around, as nanoEFI is currently primarily designed for singles and twins. There are a number of ways you could accomplish this, with a manifold for every 2 cylinders, for example, which you’ll need to fab up at the moment. Potentially, nanoEFI could run in tandem with itself (one unit for cylinder 1 and 2, one for 3 and 4). You could also split the injector and ignition cycles (or use waste spark cycle). I’m also sure that eventually there will be a version which has support for 4 independent injector channels (or more) all depending on demand, really.

None of this is insurmountable. I previously owned an '82 GS550 and would have killed for something like nanoEFI to put into it. I spent so much time and effort cleaning, rebuilding, tweaking and tuning those ganged carburetors.

In the mean time, post up a thread in the welcome section with your machine and whatever electrical schematics you can scrape together so we can use it as your build thread.

Running forced induction on the nanoefi would be nearly impossible unless he added some kind of Manifold Absolute Pressure sensor. But you would also have to have a sealed intake manifold to get that reading. GM has bar sensitive MAP sensors that is what is used on Forced induction cars to adjust fuel ratio.

Running four-cylinder engines is something that will be possible for NanoEFI under specific setups. @takophiliac covered your options well starting out. I’ll add that this is really something I consider to be extended support and I’m not certain on the “when” of it. There’s still so much to get done for singles and duals at this point.

Support for turbocharging and other methods of forced induction is absolutely where NanoEFI is headed. If not during BETA, it’ll drop shortly after as an online software update. If you can size it and plumb it, I intend to run it. 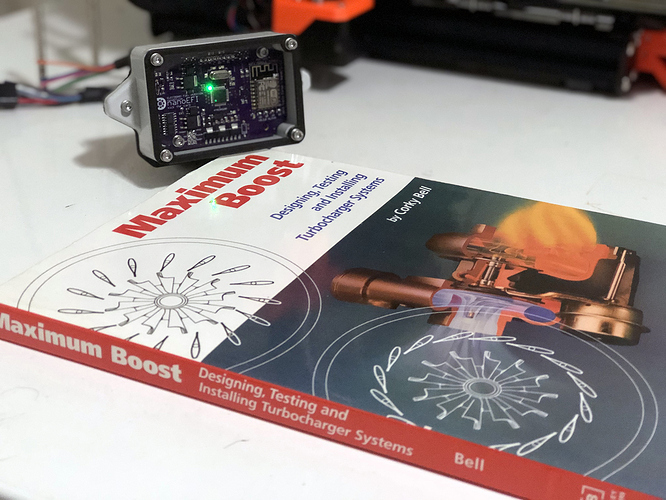