I’ll be juggling this with other priorities, so even if you don’t see movement for a bit keep checking back. And of course, throw a

and comment below if you want more of this.

Up until now, all live-engine alpha development for nanoEFI has been done on the test stand. That’s plenty of fun, but sitting at a computer desk sipping coffee just ain’t the same as actually riding the thing. I’ve been itching to throw nEFI on something with tires for a while, and now that we have wideband O2 fuel control functional as of a couple weeks ago, looks like we’re finally ready for on-vehicle testing

2011 Polaris Ranger 800XP Twin 4x4
I’m going with the Polaris 800 twin first (over the single cylinder GY6 for now) as it’s better suited to fully demonstrate nanoEFI’s current capabilities and development. Also, since it’s already a stock fuel injected machine, that means I won’t have to sink significant time into fabrication. Besides, it looks awesome and makes for a good presentation. And I wouldn’t mind its extra 50hp to help get some work done around here. 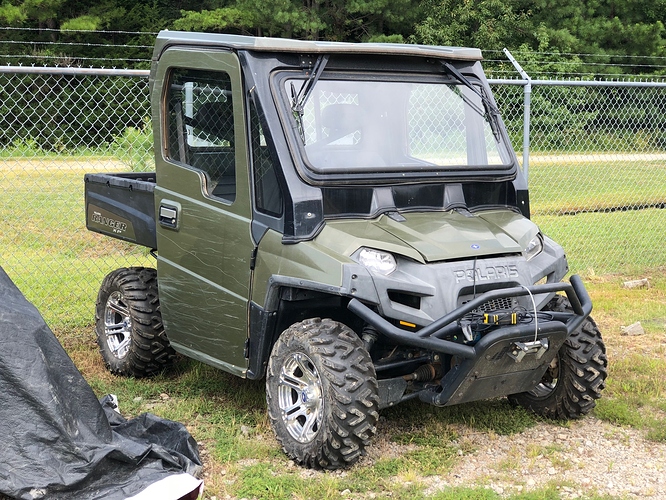 In this configuration, both pistons travel in the same direction at the same time. However, the cylinders don’t fire at the same time - they’re phased 360° apart. So although each individual cylinder still fires every two rotations (720°), the crank itself sees a power stroke every rotation like what you’d think of with a 2-stroke. To accomplish this, the cam alternates which cylinder fires on a given rotation, while the other is just starting its intake stroke at that same instant. Pretty neat, huh?

Previous difficulties with the Ranger
Before me, this machine passed through shops up and down Virginia and North Carolina from authorized Polaris dealerships (with access to Polaris’ official Digital Wrench tool), to several independent repair shops. No one was able to figure it out, and it cost the previous owner a small fortune in repair bills - everything from changing the spark plugs ($300 including diag, but still…

), to completely rebuilding the engine. Which all netted a machine that still won’t start or run

I offered the him a trade, and he was glad to be rid of it.

After 25 hours of my own time poking and prodding the stock FI system, I’ve only been able to get it to run under its own power a handful of times. Here’s what I replaced:

Finally, it fired up. However, it was still way rich to the point of blowing visible black smoke from the exhaust (it’s wasn’t burnt oil), was unable to accelerate, and would quit when warmed to operating temp. Soon after this small bit of success, it went back to a complete no-start condition again and I tabled any further effort. It’s been parked and waiting for nanoEFI since then.

I suspect a defect or two in the harness is the root problem, however diagnostics for the stock ECU are locked down tight. No error codes are thrown. Resolving this problem will likely require pulling the harness completely and systematically checking each relevant connection for intermittent continuity. Yeah… I’m not gonna do that.

Diagnostics
So the plan is to start by blowing the diagnostics capability wide open with a nanoEFI ECU. I’ll tap into the TPS, TMAP, CLT, Crank, and Cam sensors. That’ll allow use of the sensor output graphs and readouts in Airtune’s wireless live view to figure out exactly what’s going on.

Fueling
From there, I’ll hijack the MAG and PTO injectors so nanoEFI will be able to fuel the engine. A set of 12 ohm resistors on the stock injector channels should satisfy the stock ECU, we’ll allow it think it’s still in charge

The 800 is setup from the factory for sequential injection at the port. Although both cylinders share a single throttle body, the injectors are mounted to the cylinder head, each located in-port immediately above their respective intake valve. Same as stock, we’ll be managing the injectors sequentially. This means that the nEFI ECU carefully times each injector to spray fuel precisely as the intake valve opens, on a 720° scale. On the other hand, it’s possible to shoot half pulses simultaneously in both ports every 360° and not worry about phase. But dual cylinder fully sequential injector timing is currently supported and ready to roll in nEFI, so let’s use it.

Spark
Although NanoEFI can handle ignition for the 800 twin in wasted spark mode, I plan to keep this build simple and run nEFI in a piggyback arrangement (fuel only). The Bosch unit will continue to control spark.

Getting started
I recently moved from Virginia, relocating a bit farther down south. The Ranger was left behind. That is, until last weekend when I made a day trip back up north to bring the green giant to its new home. 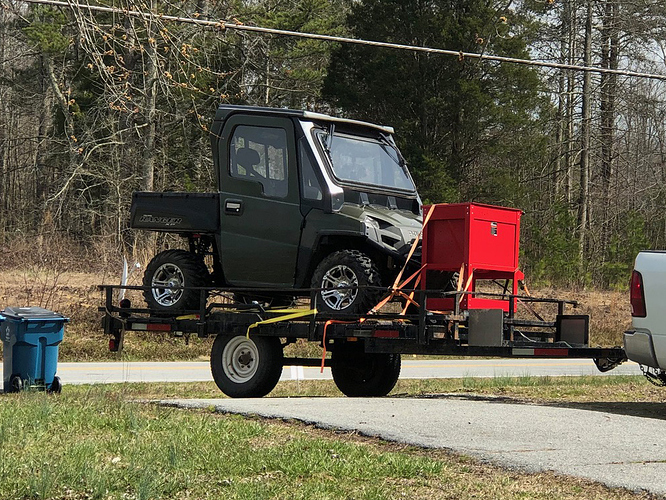 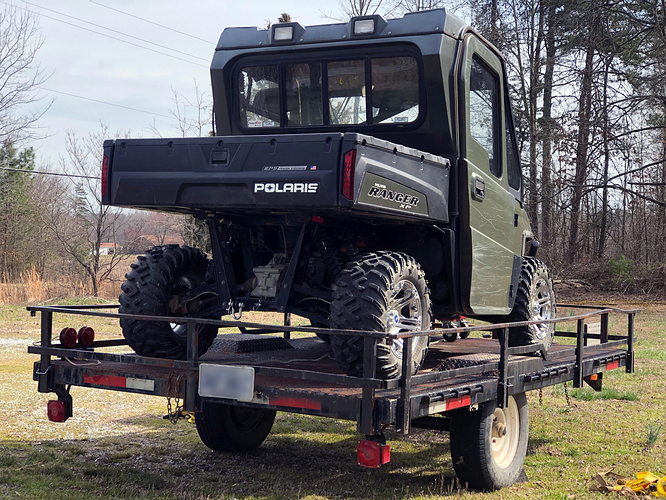 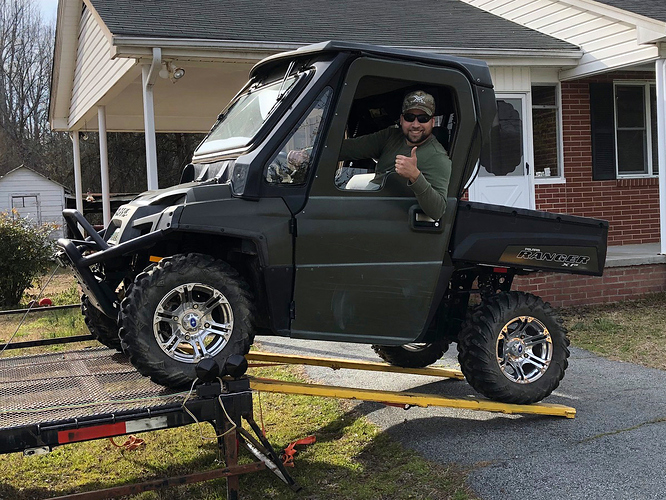 My Yamaha XS650 uses the same configuration. It is 650 cc instead of 800. If you have proved it on that system, I am almost 100% certain I could get that to adapt to that motor.