Here’s information that will be helpful as you’re considering an installation on your engine.

Pins may (and probably will) change, but overall functionality outlined here will remain the same. I’ll update if and when any changes occur though. 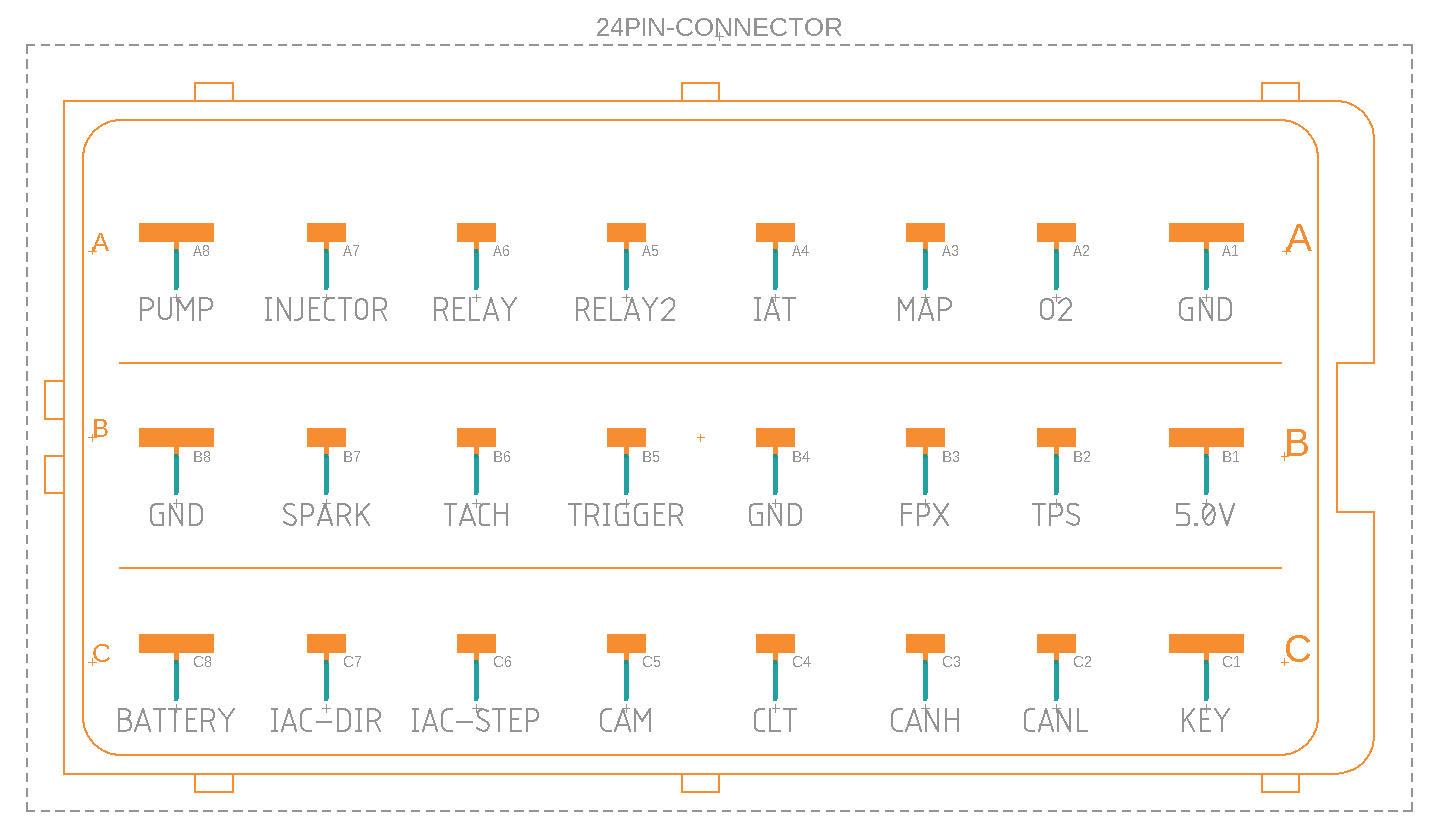 I’m grouping and ordering this list in a way that I believe will flow while reading.

SAFETY WARNING: DO NOT bypass the automatic fuel relay functionality for any reason. Power connections for the fuel pump and injector should always be behind this relay so the ECU can cut fuel if necessary. This plays a critical role in safety, working alongside additional methods of transient and overvoltage protection.

Note: Pins A8, A7, A6, and A5 are all low-side switching outputs. This means they act as a switch on the ground side of the load.

Note: Pins B5 and C5 can tolerate high voltage trigger sources. Pulses of up to 250V have been tested successfully. This is very useful because it allows for triggering directly off of magneto kill wires with no extra external converters, keeping costs down and installation simple.

Despite tolerating much higher voltages, keep in mind that the logic-high threshold is set at approximately 2.75V to 3V on both trigger channels. If your source of signal has a DC bias (like I’ve seen on Kohler engines recently), you may need to add an appropriately rated bipolar capacitor inline with the input to block that DC component.

All sensor pins are electrical 0-5V range, with rail-to-rail protection.

Small engines very often have crude and very poorly regulated charging systems, so we need to make sure the ECU can tolerate voltages outside of normal 12V range on Pin C8.

Note: Transient Protection on PWM Pins A7 and A8

Physics is interesting, and rapidly switching a decent amount of current though a pretty big inductor can (and will) produce some pretty wild effects that will easily destroy things if not mitigated.

Note: As mentioned above, it’s of critical importance not to disable the automatic fuel relay functionality. The ECU needs its ability disconnect upstream power to the fuel pump and injector in a sustained overvoltage event.